As a result of the US-China trade war, which increased its impact in 2019, China’s exports to the US shrank by approximately 10% in 2019. On the other hand, US exports to China shrank by 12%, making a serious impact on world trade. However, studies have shown that the effect of this trade war has decreased. Agility’s survey of more than 780 global logistics company executives expected a decrease of only 4% in 2019, compared to an expected 10.4% drop in trade in 2018. However, when the data related to maritime trade is examined, it is revealed that the exports from China, in particular, decreased by 40% in 2018.

In the second stage of the survey, respondents were asked whether they would make changes in their operational investments in China after the trade war. 2.6% of the participants stated that they would close all their production facilities in China, while 16.8% stated that they were going to shrink. It is of great importance to which country these investments, which will come out of the Chinese economy, which constitutes 17% of the world economy with an economic size of 14.5 trillion dollars, will go. When the executives are asked where they will go if they withdraw from the Chinese market, the answers are listed as follows. 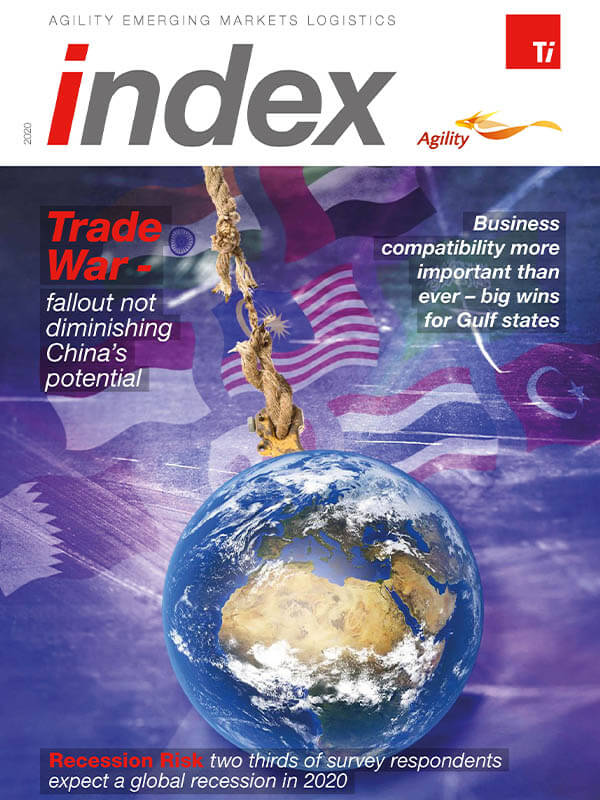 Although the rates for the companies in the list seem small, the 20% investor group that plans to leave the Chinese economy or reduce their investments will have a very high contribution to the Chinese economy and destinations. We can say that especially developing Southeast Asian countries such as Vietnam and India will be the stars that will shine in the field of investment in the coming years.

You can access the report prepared by Agility at https://logisticsinsights.agility.com/emerging-markets-logistics-index/overview/ .